miriam & i recently were given the opportunity to continue our collaboration at Wikimedia Deutschland’s Unlock Accelerator. It’s been a great opportunity to learn about how open knowledge works in action, and the role that tech might play in these spaces. as social scientists, we found ourselves ourselves in an unfamiliar environmental: that of product development, dominated by notions of efficiency and productivity. it’s been a challenging (but ultimately extremely fruitful!) time, and so i thought i’d post one of our status updates here.

How we Learned to Stop Worrying, and Love the Process

Our initial encounter with UNLOCK threw us, two social science researchers, head-first into a world so different from our own that we quickly brushed up against the limits of our own language. This post is an attempt to retrace the translation of our ideas and intentions from the abstract to the concrete, how UNLOCK helped us get there, and the many things we’ve learned along the way; in other words, how we learned to stop worrying, and learned to love the process.

When we joined the Wikimedia Accelerator UNLOCK, our project was still in a nascent, conceptual phase. We had a good sense of the topic we wanted to address and a handful of ideas of what we imagined it would look like, but it was difficult to pinpoint what it was. This was why we had sought out a program like UNLOCK, because we knew we needed an extra push to make our project ideas more clear and tangible. And yet, joining the world of product development as two social science researchers was still a shock to the system, albeit one we’ve come to embrace over time.

The world of product development differs from our prior experiences in two significant ways: outputs and audience. Firstly, although we’ve both previously been involved in visual design projects, our earliest attempts at wireframing really confronted us with the challenge of turning our abstract ideas into something concrete. Breaking down what would go where and how, where things end up on a page, what happens when you click different things – it was all a very new way of thinking for us. Secondly, it was the first time we were thinking of our audience as a specific group of people whose needs and wishes could be deciphered and catered to by adapting the project accordingly. It was at this stage that we were introduced to user research by our coach, Elio Qoshi, and a suite of tools to help us understand this approach and put it into practice.

Finding Our Feet through User Research

After a few days spent digesting Sprint #1, we set out to speak to potentially-interested users about the kind of content, features and tools they might find interesting or not. We soon learned that user research applied skills that we were already acquainted with as researchers. In fact, we realized that as social scientists, we could put experiences we already had to good use, and apply the theories we knew to understand how people understand supply chains and use technology.

Throughout the user research process, we have had many rewarding interviews and conversations with researchers, trade unionists, investigative reporters, technologists and developers. Each one has helped us to understand which of our assumptions are likely to be valid, and which ones probably would not hold up to closer scrutiny. Slowly but surely, we’ve begun to understand what it means to “fail fast” and “get our hands dirty”, but also, how good user research can be used to build the foundation of any project, technical or not. Over the past two months alone, the form of our project has shapeshifted from a visual repository to a wiki-style resource, to an investigative crowdsourcing tool and finally to: a browser extension. 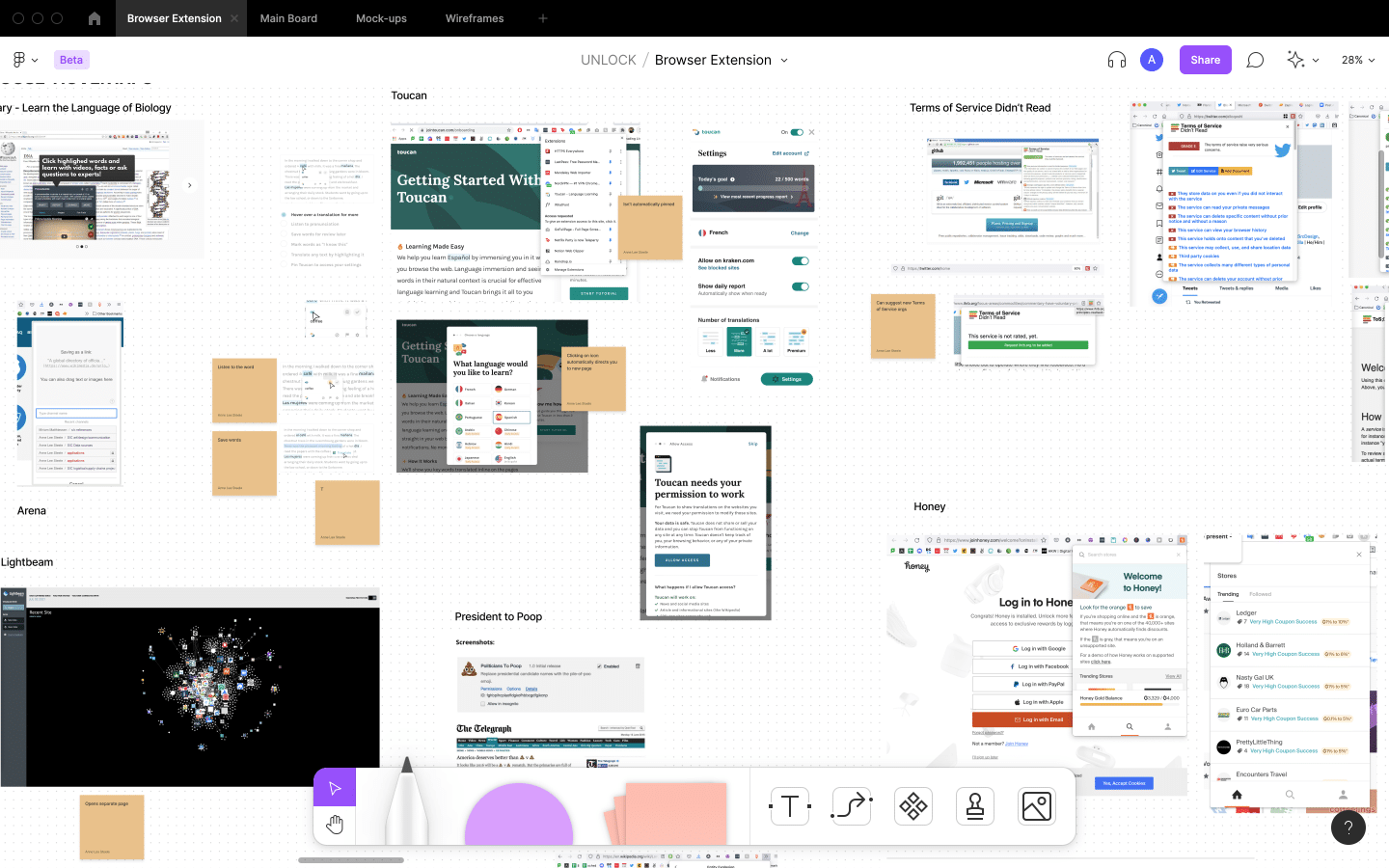 Taking our UNLOCK Learnings into the Final Accelerator Phase

While we have many ideas about how this can be done in the long run, we’ll be focusing on building an MVP of our browser extension this month. Currently, we’re building feature lists, scouting out datasets, and designing (and even coding) mock-ups – and it’s hard to imagine that we would be at this point after a little less than two months. In short, we’ve learned a lot, and two of our biggest learnings being the following:

This combination played a big part in helping us overcome initial uncertainties regarding the core foundation of our project. We’re excited for what comes next, and grateful to the UNLOCK program and team for helping us to get to this point!